We started the adoption process to adopt a child with Down syndrome in 2009. We chose to adopt from Eastern Europe because the need was so great there for children with disabilities in orphanages. We were matched with a child in Russia and started the process. Along the way, we lost our referral due to the family not consenting to adoption. That was the first big blow, but we knew we wanted to continue pursuing adoption.

We were matched with another child in a different region. In the meantime, US-Russian adoptions became unsettled due to declining relations between the two counties. Adoptions slowed to a standstill and we were in limbo for 18 months while our agency worked with the judge in our region to try to get her to go ahead and hear our case due to our son’s health concerns. Our judge was very anti American adoption at the time, but we finally got a court date. We went to court prepared to complete the adoption and gain custody of our son. Nobody thought the judge would not approve, as it is customary for a court date to signify that the judge will approve.

The judge heard our case and denied our adoption based on Kirill’s disability. She said he was “not socially adaptable” and would be better off in an orphanage than with a family. We were devastated and came home absolutely heartbroken. Our agency gave us three options: 1) Pursue a child without disabilities in the same region because the judge said she would approve a child without special needs.  2) Pursue a different child with special needs in another region. 3) Appeal and take our case to the Supreme Court in Moscow. There was also the option to just give up on adopting at all.

We chose to appeal and were given a court date three months later. We prepared for months for our hearing. Our agency said we had about a 10% chance of winning and to prepare for the Supreme Court to uphold the ruling of the regional judge. We went to the hearing and presented our case. Miraculously, they overturned the original judge’s ruling, even though the prosecutor recommended it be upheld. We were given custody of our son and spent a month in Russia getting all the necessary documents to bring him home.

GET THIS, we came home on the day our visas expired! Kirill has been home for seven years. Our story is still surreal. Telling it reminds me of how we should never lose hope and even the hardest of hearts can be changed.

My proudest moment was when the Supreme Court judge said out loud we were Kirill's parents and his name is Gregory Kirill Davis.  I also knew in that moment it would open doors for other children with Down syndrome in this region to be adopted because people saw their worth! 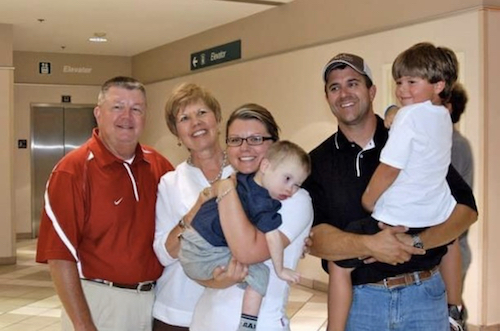 Us at the airport the day we arrived home, as a complete family. It was a true blessing to have my parents there as well, pictured on the left, Me, Greg (my husband), and our other son, Clayton. 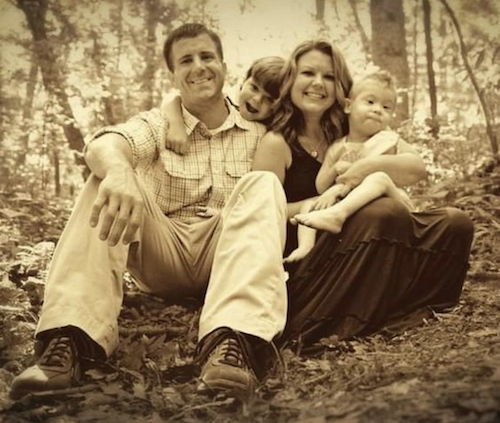 Our first real family photo, taken about two weeks after we got home.

Create an account with us and you'll be able to:

Fill in your email below to request a new password. An email will be sent to the address below containing a link to verify your email address.